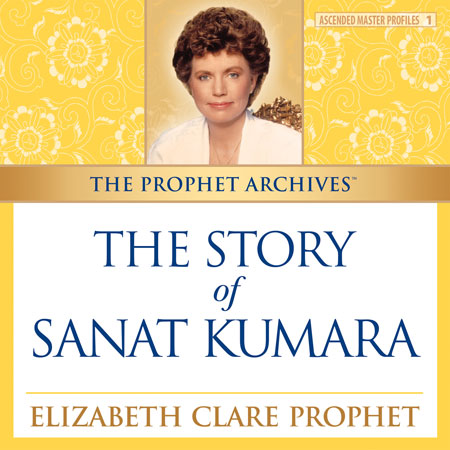 The Story of Sanat Kumara

Elizabeth Clare Prophet tells the story of Sanat Kumara coming on a rescue mission to earth. Reawaken to your story. Let’s finish the mission.

The coming of Sanat Kumara, the Ancient of Days, on a rescue mission to this planet during earth’s darkest hour is the most epic story. A story that awakens the original hero’s journey with souls around the planet.

Revered in many religions, Sanat Kumara is referred to as the Ancient of Days in the Old Testament, as Karttikeya in Hinduism and as Ahura Mazda in Zoroastrianism.

Elizabeth Clare Prophet recounts the story as pertinent to our times and our soul struggles as ever. This story comes from the distant past, well before recorded history. A time when Sanat Kumara came to earth to keep the threefold flame of Life on behalf of a people who had lost and forgotten that flame. Little by little they had been turned away from their First Love by fallen angels. There was not a single person left on the planet who gave adoration to the God Presence or the Inner Buddha.

One hundred and forty-four thousand souls from Venus volunteered to come to Earth with Sanat Kumara. They vowed to support Sanat Kumara in his mission until the children of God would respond to the love of God and turn once again to serve their mighty I AM Presence.

Did you follow Sanat Kumara to Shambhala to save earth in her darkest hour? Reawaken to your story and the mission remaining to be finished.